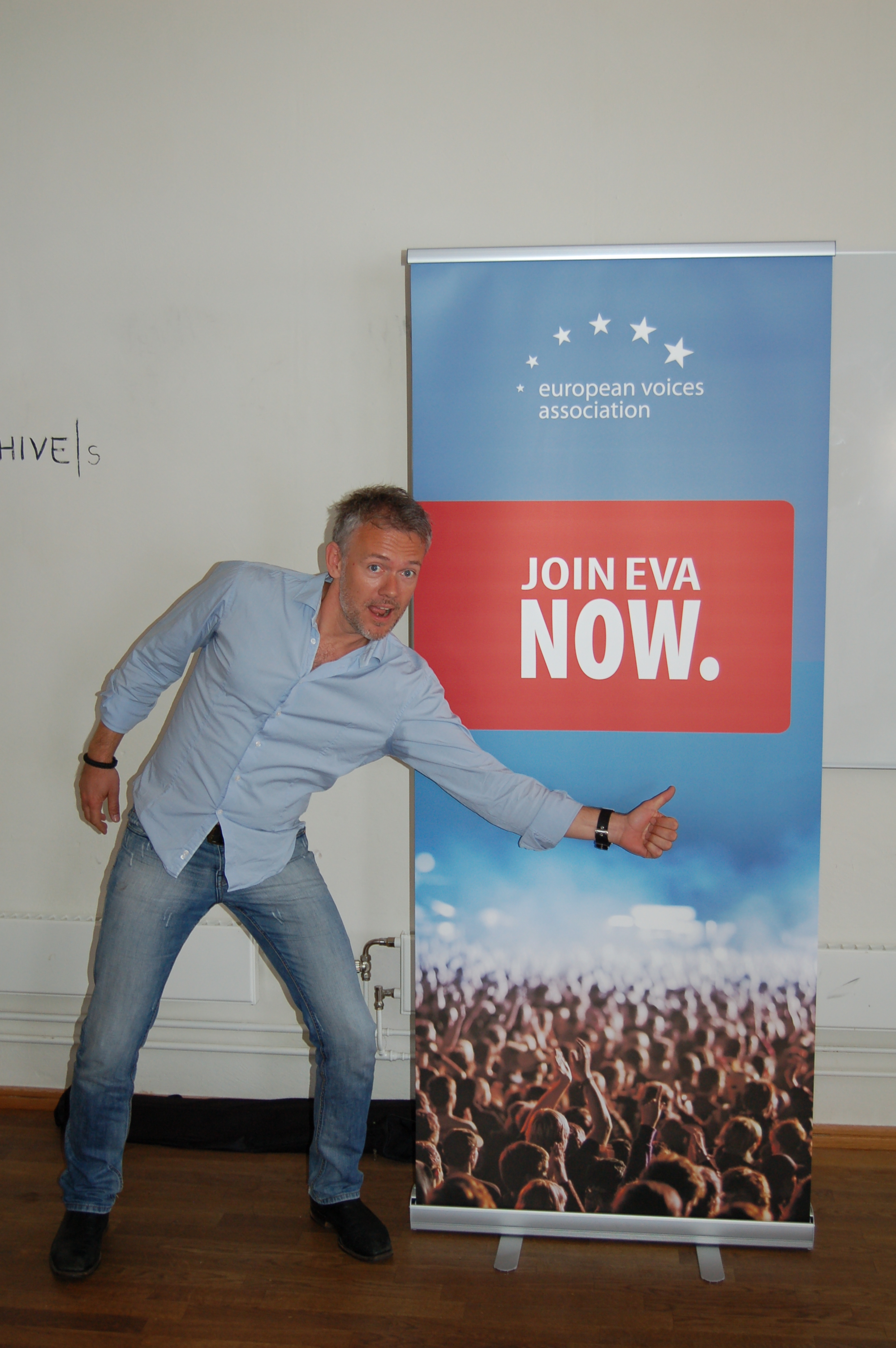 by Florian Städtler, European Voices Association (Chairman of the Board)

LEOsings is a European Union project exploring the „Diversity of Singing Practices in Europe“, which had its kick-off session in February 2014 in Barcelona. There will be a more detailed report about the project and opportunities to take part in the following sessions in Aalborg (May 2014), Tours (October 2014), Freiburg (March 2015) and Copenhagen (2015, tba). The most exciting piece of information is the fact, that the European Union potentially pays for travel and accomodation of the Aalborg, Tours and Copenhagen workshops, if you are/become an EVA member.

Which leads us to the second big news: You can now apply for the new EVA membership at the European Voices Association’s website. The new thing about becoming a member is, that there are customized membership benefit packages for singers, supporters, small and large vocal group and choirs. So don’t hesitate, become a part of the contemporary a cappella movement in Europe and profit from your membership package!

Talking of vocal music education and networking, you very often end up in Denmark. I had the pleasure to meet and talk to Jim Daus Hjernoe, professor at the Royal Academy of Music in Aarhus and Aalborg and while the other LEOsings participants went for tapas y vino, we met on the rooftop of our Barcelona hotel and in my hotel room to talk about the Danish vocal music scene, the Academy programs, Vocal Line and Jens Johansen. Enjoy the first half of the interview, the second one will be online soon at Vocal Blog and on the EVA website.